Technical writing is about getting the small details right.

So, when writing a user guide, should you say, Run or Execute?

From one angle, it doesn’t seem to matter. Everyone knows what you mean, right?

It’s knowing when to use them that matters.

So, when do you use Execute instead of Run.

An executable is a file with an .exe extension. For home users (i.e. non-techies, your Mom, your Dad), use program file instead.

Try to use executable and .exe as adjectives, not nouns.

Again, for home users, avoid using execute except to follow the user interface. Use run instead.

Use run when describing macros and queries.

You can pause Disk Defragmenter so you can run other programs.

The exception is when writing technical documents for software developers who seem to prefer to use execute instead of run. Run seems to be used more for reports and batch files.

Run is preferable, however, where it does not cause any loss of meaning.

Examples of where Execute is preferred

Executing in SQL, for example.

Responds to execute events on Commands bound to the Command handler.

As an example, you might want to assign all dynamically generated code a very limited set of permissions, such as Execute (which permits the assembly to execute, but severely restricts what that code can do).

When to use Run? During Runtime?

Rachel Appel writes, “Windows 8 is changing how and when applications run, and you’ll want to understand the nuances of the new application lifecycle

All Windows Store apps have four states: not running, running, suspended and terminated. When you launch an app, it runs. Background tasks are lightweight classes that run periodically, under certain restrictions, while the app is technically not running.”

Run is most always used when describing an app, or something you do with an app. Look at this example:

Example – About deploying and running apps in the emulator

When you run an app for the first time in the emulator, the following events occur:

Let me know if you have any questions.

The length of the topic title, i.e. the number of characters, needs to be considered when creating topics for online help. 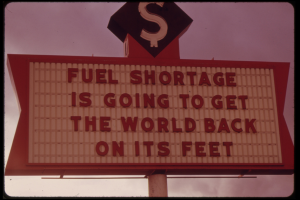 Let’s say you’re creating different topics in RoboHelp. Procedures, reference, and conceptual materials. Each of these needs an intuitive and meaningful name. That makes sense.

However, you also need to consider the length of the topic title (i.e. the number of characters) when it appears in the side Navigation.

The side Navigation appears on the left of the Help system when viewed online.

The problem with the length of the topic title is that, depending on the user’s settings, they may only see the first two or three words.

the length of the topic title

which isn’t much use.

One way to fix this is to frontload – put the most important word or phrase first – and then add the rest. For example:

Remember, users scan for information. If you frontload the critical word, term, phrase, or verb, the user is likely to find the relevant information faster. It also means they don’t have to drag the navigation pane to see the rest of the topic title.

This may not seem important – can’t they just drag it? – but with more of us reading content online, using different devices, different browsers, and on small screens, making the user have to work harder to find information is best avoided.

A second tactic is to delete filler text or phrases that add little value.

In the example above, we reduced the word count from six to five to four. Was anything lost in the process? Not much.

A final suggestion is to remove definite articles.

These are different ways to reduce the length of the topic title and the number of characters when creating online help.

With that said, what’s more important is not to reduce or change the headings to make them shorter but understand why we need to do this. How can we improve the help system for the user?

Should you call the user ‘documents’ User Guides or User Manuals?

Which one is right?

I was asked this question by a colleague in India who is setting up a Technical Publishing Dept in Bangalore.  He wants to go with user guide—me too, actually.

Saying that, there is no right and wrong, but I did a little fact finding first.

What Google says about User Guides

I searched Google and came up with these results.

What surprised me here was that User’s Guide was so widely used. I’ve always found this a bit annoying. I just don’t like apostrophes, I guess.

A quick check on the most popular user guides showed the following. Not what I expected.

Next, I checked IBM and Microsoft  to see what term they used.

So, they prefer user guide. Though, you’d think they’d make this mandatory. Of course, it’s not easy when you have offices in every corner of the world, so let’s cut them some slack.

The folks are Redmond were more consistent with

And, to be fair, many of the user manuals were actually guides when I checked. Someone check that search engine!

Apple prefers the term User’s Guide. Like I said, I never bought into this. I prefer short, snappy titles. We don’t call them System Administrator’s Guide, do we?

Well, of course, some do.

Things to consider when naming your documents

My career really began to take off when I saw myself as an ‘enabler’ rather than a writer. My identity of who I was changed from a guy who cranked out docs to someone who helps others get their projects done.

People want to learn, do your best to help them get there.

What do you think? What’s the most practical way to name documents and setup a new Technical Writing Dept?

Goethe once wrote to a friend, “If I had more time, I’d have sent you a shorter letter.” Here’s why. END_OF_DOCUMENT_TOKEN_TO_BE_REPLACED

Here are seven quick tips to improve the quality of your technical documents. END_OF_DOCUMENT_TOKEN_TO_BE_REPLACED

They design, write and produce material that is delivered in print, soft-copy or as Online Help, such as that found in the Help section of programs like Word.

Jane R. in Texas asks for some tips on interviewing tech writers, especially when using assessment tests. Her company is about to hire their first full-time writer and they have not done this before.

I’ve worked on both sides on the fence in the past, (i.e. interviewed and been interviewed) and picked up a few tings in the process. Hopefully, these will be of some help.

How much time should be allotted to complete the assessment test?

I’d suggest one hour. Some people will race through it, while others will deliberate over the grammar questions forever. Nonetheless, one hour should be sufficient time for them to complete the test. By allocating this amount of time to the test, you are also emphasizing its relative importance. If it were a simple 10-minute quiz, it wouldn’t carry the same weight.

Here’s a suggested approach for administering the test:

When advertising the vacancy, mention that an evaluation test is part of the assessment process. By saying this upfront, you will ‘weed out’ under-qualified writers who know that they would not pass the test.

When scheduling interviews, remind the applicants that there will be a 1 hour test. Explain to them what this entails, for example, that there is X number of questions on grammar, procurement, technology etc. Among other things, this illustrates your company’s professionalism as you are helping the applicants to prepare for the interview.

In turn, it would be unprofessional to spring the test on applicants when they turn up and catch them by surprise. Completing the test take about 90 minutes and some of your applicants may have other arrangements to consider, such as day-care, commuting etc.

When they arrive, I’d interview them first and then do the test. If they are unsuitable for the position, you can cancel the test and say that it’s not necessary at this point. For those who are suitable, I’d do the following:

Once you’ve completed this, sit down and go over the scores. As everyone likes to know how they performed in a test, I’d walk through the results and discuss them with the applicant.
For example, if they scored poorly in one section, ask them how this area could be improved.

And finally, I’d thank them for taking the time to do the tests and hope that they’ve gained from it.

How many points for a passing score?

You could use 40 for a pass and disqualify anyone who comes in below this. Most experienced writers should get between 60-80 depending on their skills.

What I’d look for here is an imbalance in the scores. For example, if someone failed most of the grammar questions, but did very quite well in other sections, discuss this with the writer.

You may discover that many writers have no formal writing training and will suffer in the sticky grammar questions but compensate in other areas.

I’d use the scores/results to assist the overall interview process, i.e. you have material in front of you that you can discuss with the applicant and explore their abilities as a proposal writer.

You could also ask for their thoughts on this evaluation process and if they had suggestions to improve it. This might give you some insight into writers with potential management or creative thinking skills.

I think the problem is to do with Field Codes.

1. In Word, go to Tools > Options > View tab and click off Field Codes (if this is selected)

2. Close Word.
Open Windows Explorer and search for Normal.dot.
Delete all copies of Normal.dot!
Re-open Word.
It will automatically re-create a new Normal.dot, which may be the correct default settings

3. In Word, on the Tools menu, click Options.
Click the Print tab, and then clear the Field codes check box.

Let me know if you know other ways to fix this problem in Word.

WARNING: Bullet lists cause more damage than any other feature in Word!

Developing Microsoft Word files with these pointers in mind will help reduce the file size and avoid corrupting the document template.

If you open a Word document and see what looks like large Ps at the end of every sentence, then the Show/Hide marker has been turned on.

The the Show/Hide marker is used for examining the document’s formatting as it shows details of the underlying paragraphs, section breaks and page breaks.

You can turn off this by clicking the paragraph marker. This is usually located on the toolbar.